Many applicants, however, file applications for marks where the aim is not to protect their trading but to obtain some form of unfair advantage relative to other traders. Examples are seeking to register words or phrases which other traders need to use (‘SELECTION BOX’ apparently used to be a popular pre-Christmas filing), or seeking to register brands which belong to someone else, or brands which take advantage of the fame of an individual or group.

The Trade Marks Act gives the UKIPO (UK Intellectual Property Office) strong powers to reject trade marks where the mark concerned is a descriptive term which should not be monopolised by one trader.

The UKIPO itself has considerably weaker powers where an applicant is seeking to register brands which belong to someone else, or brands which take advantage of the fame of an individual or group. In such cases, the UKIPO allows the application to proceed to the opposition stage and relies on the owners of earlier rights to take action.

In a recent case involving the two trade marks below, filed for in the name of Global Trademark Services Limited, the UKIPO rejected the applications at the examination stage, on the basis that the applications had clearly been filed in bad faith, to take advantage of the reputations of Thierry Henry and Ronaldo de Assis Moreira. On the face of it, this was not an unreasonable position to take, particularly in view of the fact that the ‘HENRY’ application featured a crest similar to that of Arsenal FC,  the ‘RONALDINHO’ application featured a crest similar to that of Barcelona FC and that Global Trademark Services was allowed an opportunity to file evidence from Henry and Ronaldinho that they had no objection to the applications, but failed to do so.

At this point, most trade mark applicants, even those that deliberately ‘sail close to the wind’ would probably have retired gracefully and withdrawn the applications, but Global Trademark Services Limited did not and have successfully appealed the decisions of the UKIPO examiner to reject the applications. This may seem strange to many readers, but Geoffrey Hobbs QC, the senior barrister appointed to hear the appeal, was firm in his view that the approach of the UKIPO was procedurally unacceptable, and legally deficient, for a number of reasons: 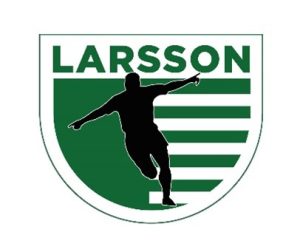 So, it seems highly likely the ‘HENRY’ and ‘RONALDINHO’ applications, which were published for opposition purposes on 17 June, will be opposed, and that Global Trademark Services Limited have won a battle, but not the war. If you would like any advice on trade mark protection, please get in touch to speak to one of our attorneys.

The copyright of Premier League football clips on social media