Liverpool Football Club has followed up its successful season on the pitch with another victory off the pitch, by successfully defending two trade mark registrations at the UK Intellectual Property Office (the UKIPO) against an opposition from the Italian sportswear manufacturer Lotto Sport Italia S.p.A.

The trade mark registrations, which seek to protect Steven Gerrard’s new clothing range SGG Apparel, relate to two marks depicting two overlapping, hollow diamond shapes, one of which also having the phrase ‘SGG Apparel’ underneath it, which were registered in relation to goods including clothing, toiletries and accessories (in classes 3, 14, 18, 24, 25 and 35): 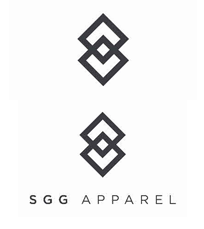 Lotto Sport Italia S.p.A opposed the registrations, arguing that the trade marks infringed two of its earlier European Community trademarks, which are also registered in classes 3, 14, 18, 25 and 35. The trade marks Lotto based its case on each consist of a figure of two partially superimposed diamond shapes, in both black and white, forming a rhombus inside them, as shown below: 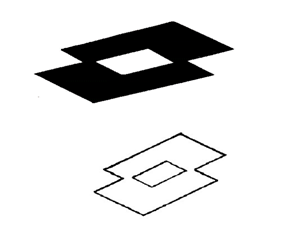 Lotto Sport argued that its marks “have been the subject of long and continuous use”, and have been used in a number of different sporting sponsorships.

However, the UKIPO, while acknowledging that the goods covered by the respective trade marks were either identical or shared a high degree of similarity, also was of the opinion that the “respective marks consist of relatively simple line drawings, such that minor differences will be sufficient to distinguish between them”, and that the marks are in fact quite different and have no similarity.

It further stated that the goods for which the marks are registered (e.g. clothing) “are goods that are viewed with specific reference to the trade marks appearing on them”, and, because of this, it was held that “consumers are well used to comparing these marks and picking out the differences between them”.

The UKIPO further stated that Lotto’s evidence did not show that their logo enjoyed an enhanced distinctive character or reputation in the UK, and there was therefore no increased risk of confusion between their marks with those of Liverpool FC.

This decision shows that smaller differences in more simple logos are viewed as significant, and also that because the trade marks on this clothing form an important part of it, the consumers are considered to compare them more closely.

If you would like advice on protecting your brand, please get in touch to speak to one of our trade mark attorneys.