The patent landscape in the world of virtual reality

Between 2014 and 2017, the annual number of patent filings relating to virtual reality (VR) technology increased ten-fold. Innovation and investment in VR is soaring as the commercial potential of the technology is realised. Consequently, it is time to take a brief look at the recent developments in VR, the present patent landscape and the importance of protecting your ideas in years to come.

VR allows a user to interact with a virtual environment, often through the use of a headset and motion sensors. Although the premise is similar to what it was in the 1960s, recent developments including improved graphics, enhanced audio and haptic feedback have led to a more immersive experience for the user.

A more life-like experience has allowed VR to be used in training for surgeons and soldiers alike. But aside from specialised applications, the reduced cost of implementing the technology has led to a breakthrough into the commercial markets of gaming, shopping and education. According to a recent Greenlight Insights report, the consumer VR market was valued at $7.2 Billion in 2017, and is forecast to reach $75 Billion by 2021. 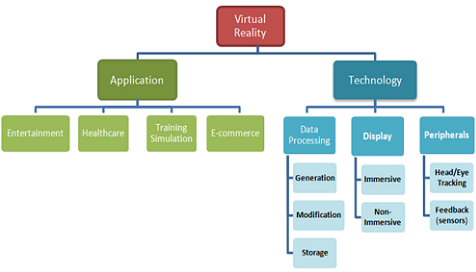 Patents have an important role to play in this evolving technology. Geographically, patent filings have been widespread. The US has seen the largest number of patent filings, with China and South Korea following closely behind. Sony, Microsoft and Samsung make up the top three patent filers worldwide. Two of the top 15 patent filing companies worldwide are non-practicing entities.

Big businesses are finding that effective methods of getting a foothold in the market are purchasing patents or entering into patent licensing agreements. In 2014, Microsoft paid up to $150M for wearable computing IP.  In 2016, Google acquired Eyefluence, a company with a large portfolio of eye-tracking technology patents suitable for VR. Also in 2016, Facebook’s acquisition of Edinburgh based VR audio start-up Two Big Ears, along with its IP, was agreed for an undisclosed sum. In December 2017, Nokia and Chinese electronics manufacturer Xiamoi entered into a multi-year patent licensing deal, agreeing to “explore opportunities” in VR.

Patents can be used to protect many areas of VR technology. There are now over 3000 patents filed for VR data processing, display devices and audio devices. Novel applications of the technology are also being granted patents, including in sports, education and E-commerce.

In such a financially lucrative and fast evolving market, safeguarding a company’s interest using IP is an important strategy for those innovating and investing in VR technology.

If you have any questions regarding protecting your innovation with patents, or for advice on other elements of IP, please do not hesitate to contact us.