It’s a serve by Kellogg’s, but do they have the advantage in this latest trade mark dispute?

There have been a number of battles on the tennis court in the past week as Wimbledon commenced. However, for young Australian star, Thanasi Kokkinakis, there are battles enduring closer to home, albeit in a court with which Kokkinakis is far less acquainted, the Federal Court of Australia.

So who is Kokkinakis’ worthy opponent in this latest match? No less than confectionery and cereal manufacturing ace, Kellogg Company, who have drop volleyed an attempt by Kokkinakis to register the trade mark SPECIAL K in Australia.

Kokkinakis rose through the ranks in his teens to become one of few people to reach the world’s top 100 before their 20th birthday. He and his doubles partner, Nick Kygrios, became a firm favourite of the Australian media who affectionately came to know the pair as the ‘Special K’s’.

Clearly keen to exploit his rising stardom, Kokkinakis filed the Australian application no. 16858319 back in 2015 for the plain words SPECIAL K in relation to goods and services in Classes 25, 28 and 41, including clothing for sports, apparatus for racquet sports, and sports club services; thus, indicating his intention to commercialize the name in these areas.

The application was published in August 2015 and opposed by Kellogg Company in October 2015 based on rights to the SPECIAL K mark dating back 59 years. The dispute concerning Kokkinakis proposed use of the mark as part of a branding campaign has since been heard in court with the expectation that the parties will meet to mediate late this August.

But what issue could Kellogg’s, a cereal manufacturer, have with a sports star’s use in relation to clothing and racquet sports and what grounds could it claim? Indeed, cereals in Class 30 are by no means similar to clothing and sports goods, and so the usual argument based on a likelihood of consumer confusion between identical marks used on similar goods (the equivalent to the UK s.5(2)(a) TMA 1994) is inapplicable.

Like in the UK, Australian trade mark law recognises that trade marks with a reputation require an extra layer of protection in that there is a greater likelihood that consumers will call to mind such marks when presented with something similar, and there is much more opportunity for a third party to take advantage of their reputation for its own commercial gain.

Accordingly, in Australia an application to register a mark can be opposed on the ground that use of a mark that is similar or identical to one with a reputation would likely deceive or cause confusion (s.60 Trade Marks Act 1995). The success of this argument would still depend upon a consideration of the similarity of the goods at issue and whether a consumer would really be deceived into thinking that Special K, a healthy cereal manufacturer, would extend their brand to sports – a possibility that I would argue is not so far-fetched.

Alternatively, as Australia is a common law country, Kellogg’s may seek to prevent Kokkinakis’ proposed future use through the law of passing off. This law, which also applies in the UK, protects marks with a reputation (registered and unregistered) irrespective of whether the goods at issue are the same. Provided Kellogg Company can demonstrate that they have goodwill in the SPECIAL K name, that use will lead consumers to believe that Kellogg’s has either manufactured or endorsed Kokkinakis’ products, and this would cause damage to the goodwill in the name, then they may have a case.

It will be interesting to see how the dispute unfolds later this summer, although we hope for Kokkinakis’ sake that the Federal Court of Australia treats him better than Wimbledon has thus far.

Irrespective of the result, the case goes some way in signaling the massive value of brands in the sports sector. As players rise to fame and become brands in themselves, securing a trade mark registration can allow these players not only to capitalise on this through various business ventures, but helps to defend against unlicensed merchandising and protects those all-important sponsorship deals.

We take a look at the various UK and EU trade marks currently registered by various tennis stars; some of these owners are easier to guess than others: 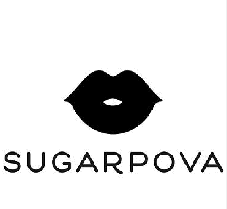 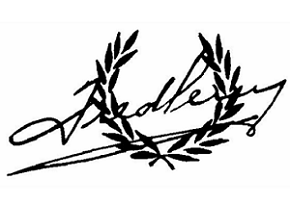