Last week, Nestlé lost its appeal to register the shape of its four-fingered Kit Kat bar as a trade mark in the UK. 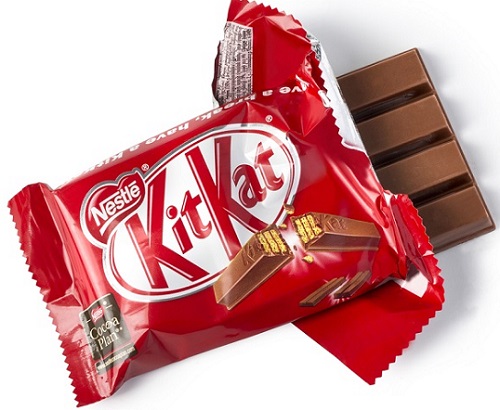 Following Nestle’s appeal to the High Court Mr Justice Arnold sought a preliminary ruling from the CJEU in particular in respect of acquired distinctiveness. The CJEU gave its judgement in September 2015 and on the issue of acquired distinctiveness it said that the applicant must prove that the relevant class of persons perceives the goods or services to be designated exclusively by the mark applied for, as opposed to any other mark which might also be present, as originating from a particular company.

The Court of Appeal has now upheld the decision made by the High Court in January 2016 which concluded that the mark had not acquired distinctive character, a requirement for trade mark protection.

The decision is the latest in an ongoing battle between Nestlé and rivals Cadbury, who have opposed Nestlé’s attempts to register the 3D trade mark since its initial application in 2010.

The Court of Appeal found that for the shape of the Kit Kat to have acquired distinctiveness, consumers must perceive the shape alone as exclusively indicating origin. Mere recognition and association of the shape with Nestlé’s goods is not sufficient.

The judge explained his thinking in the following way:

“I have found it helpful to have in mind a basket of unwrapped and otherwise unmarked chocolate bars, in the shape of the mark applied for, available for selection in a shop or supermarket. For there to be acquired distinctiveness, the consumer must perceive these good as being Kit Kats, or as originating from the people who make Kit Kats, and not from others. A perception that they looked like Kit Kats is not enough. Acquired distinctiveness carries with it an indication of exclusive trade origin.”

The court also pointed out that trade marks are intended to help consumers to make informed choices. However, the shape of Kit Kat had not been used to promote or market the chocolate bar in recent times. This led them to conclude that the shape of the bar has nothing to do with the informed choices that consumers make between similar products.

Shape marks are notoriously difficult to register, one reason for this is that they are not generally perceived as indicating the origin of a product. The function of a trade mark is primarily to indicate origin.

This decision confirms that perception is important in connection with assessing distinctiveness of shape marks. Consumers may recognise or associate the shape of a Kit Kat with Nestlé, but this alone is not sufficient to establish distinctiveness.

This dispute is likely to continue. There are related proceedings in connection with an EUTM which Nestle had previously obtained.

In the UK, Nestlé now have the option to take the case to the Supreme Court.

We will continue to monitor this dispute and report any further developments with interest.