In 2013, the Republic of Cyprus applied to the Office for Harmonisation in the Internal Market (OHIM) for registration of two community trade marks, HALLOUMI and XAΛΛOYMI, for cheese, milk and milk products.

As will probably be well known, HALLOUMI and XAΛΛOYMI designate a particular type of cheese originally created in Cyprus. OHIM originally refused to grant these trademarks, on the basis that HALLOUMI and XAΛΛOYMI directly describe, to the Cypriot public, the characteristics of the goods to be covered by the application (specifically the kind and geographical origin of the cheese, milk and milk products applied for). The marks were therefore considered to be devoid of any distinctive character and, since this is a ground for refusal of a trade mark application, could not be registered. 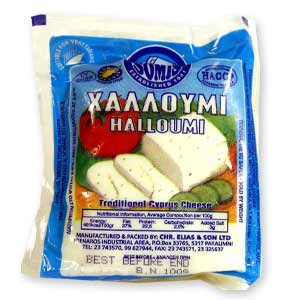 In response to this refusal, the Republic of Cyprus applied to the General Court of the European Union to annul these decisions. The Republic of Cyprus argued that the regulations governing Community trade marks allow for the registration of certification marks, which are marks that guarantee that the goods or services so marked meet a certain defined standard or possess a particular characteristic.

It is important to always consider if your trade mark has distinctive character before filing an application for registration, and also that it does not fall foul of one of the other grounds of absolute refusal.

If you need any advice in these matters or any other aspect of your intellectual property, you can contact one of our advisors who will be able to assist you.