In April 2021, the British retailer Marks & Spencer PLC (“M&S”) launched trade mark infringement proceedings at the High Court against budget supermarket chain Aldi, claiming that its ‘Cuthbert the Caterpillar’ birthday cake infringes its rights in the famous M&S ‘Colin the Caterpillar’ cake. M&S claims that Aldi is riding on the coat-tails of its reputation. 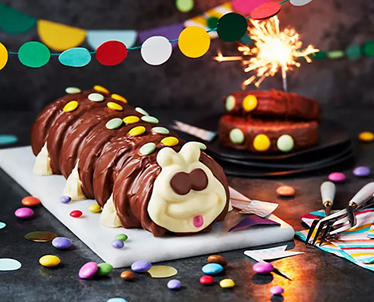 Colin the Caterpillar has been on the shelves in M&S for the past 30 years. In more recent years, many supermarkets have created their own version of the iconic cake, all with their own names; Sainsbury’s has Wiggles, Asda has Clyde, Waitrose has Cecil and Tesco has Curly. However, the overall appearance of the Aldi Cuthbert cake definitely seems closest of all the caterpillar cakes, to the M&S Colin cake. 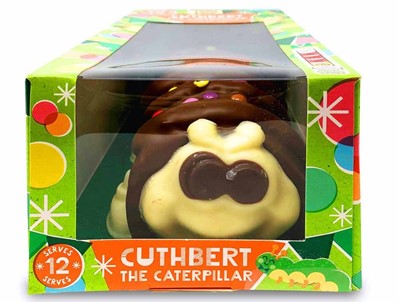 Aldi could argue that there is no likelihood of damage to M&S as consumers go into Aldi expecting to buy Aldi’s own-brand versions of their favourite branded products. Consumers are also unlikely to be confused as to the origin of the products as they know Aldi only stock a certain range of branded products in the ‘special buy’ middle isles and would be unlikely to stock another supermarket’s own brand product.

However, M&S could argue that because consumers know when walking into Aldi that they are buying imitation products, consumers will expect Cuthbert to be the same quality as Colin as they are essentially the ‘same’ product, just provided by a different supermarket. Therefore, the sale of an arguably copycat product is damaging its reputation. A spokesperson for M&S said: “…we know the M&S brand is special to our customers and they expect only the very best from us, love and care goes into every M&S product on our shelves… we want to protect Colin, Connie and our reputation for freshness, quality, innovation and value.” M&S seem to be suggesting that the similarity of Aldi’s caterpillar cake leads consumers to believe they are of the same standard. Because Colin and Cuthbert do resemble each other so closely, it probably cannot be ruled out that some consumers would assume the two products are produced by the same, or commercially related factories.

It has been widely reported that M&S would like Aldi to remove the product from sale and agree not to sell anything similar in the future.

It will certainly be interesting to watch this case unfold, a sentiment shared by many in the UK, like TV critic Scott Bryan who tweeted “[I] would watch a six-part Netflix documentary series on the Colin the Caterpillar M&S and Aldi lawsuit.”.

For further advice on protecting well-known products, please get in touch to speak to one of our trade mark attorneys.