Riding on the Coke-tails of a trade mark’s success

Coca-Cola opposed an EU trade mark which allegedly mimics the stylistic ‘tail’ which appears in their famous trade mark.

Last month the General Court (GC) issued a decision in favour of Coca-Cola stating that the EU Intellectual Property Office (EUIPO) was mistaken in its analysis in rejecting an opposition filed by the soft-drinks giant.

The case dates back to 2010 when Syrian company, Modern Industrial & Trading Investment Co. Ltd (Mitico), filed the following EU application for the word ‘MASTER’ covering goods in Classes 29, 30 and 32, which included non-alcoholic aerated waters of all kinds and flavors and, in particular, cola: 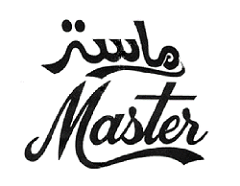 Notably, the mark makes use of the same ‘Spenserian Script’ made famous by the Coca-Cola trade marks and allegedly mimics Coca-Cola’s stylistic ‘tail’ which flows from the initial letter ‘C’ in a signature flourish.

The grounds claimed in the opposition were Articles 8(1)(b) and 8(5) EUTMR.

Article 8(1)(b) EUTMR – The application is similar/identical to an earlier trade mark and is to be registered in respect of similar/identical goods and/or services, such that there exists a likelihood of confusion on the part of the public

The latter of these grounds protects against so-called ‘free-riding’ (a form of trade mark dilution) which occurs when there is a clear exploitation by a third party who seeks to ride on the coat-tails of the success of the mark with a reputation, such that there is a risk that that the image of the mark, or the characteristics which it projects, will be transferred to the goods covered by the mark applied for, with the result that the marketing of those goods will be made easier by that association with the earlier mark with a reputation (see judgment of 11 December 2014, Master, T480/12, EU:T:2014:1062, paragraph 82 and the case-law cited).

The opposition was rejected by the EUIPO who found that there was no likelihood of confusion since the marks themselves were not similar; thus, rejecting the Art.8(1)(b) grounds, and, since similarity of the marks is a prerequisite for Art.8(5), this too could not succeed.

The decision was challenged by Coca-Cola in 2014 who argued that (i) the EUIPO had wrongly disregarded Art.8(5) since similarity between the marks is not a prerequisite for the success of this ground; and, (ii) in any event, it was maintained that the marks were similar.

The GC found against Coca-Cola’s first argument and confirmed that similarity is a prerequisite for Art.8(5) as it is necessary for the relevant public to make a link between the respective marks even if this did not result in consumer confusion as to the commercial origin of the goods. That said, following previous decisions in Calvin Klein (Case C-254/09 P) and Botox (Cases T-345/08 and T-357/08), it stated that in cases of dilution and thus, free-riding, the threshold for establishing similarity will be much lower.

As for the similarity of the marks, the decision was more significant. It was maintained that, in general, the verbal elements of figurative marks are of most importance in the assessment of a likelihood of confusion. However it confirmed that when it came to food products, which are typically purchased in a self-service manner, the overall visual impression created by marks will weigh more heavily. Thus, the GC found in favour of Coca Cola and annulled the decision.

The case went back to the EUIPO but Coca Cola still failed to meet with success. At issue this time, however, was Coca-Cola’s inability to establish the existence of a risk of commercial free-riding.

In arguing its grounds, Coca-Cola pointed, in part, to the visual similarities between the marks themselves, but also the use by Mitico of the mark in Syria and the Middle East where it sold cola products in the same get-up, imagery, stylisation, font and packaging as that used by Coca-Cola. The evidence adduced by Coca-Cola included screenshots taken from www.mastercola.com, similar to the following: 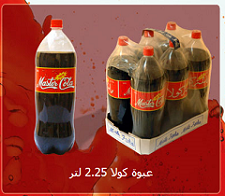 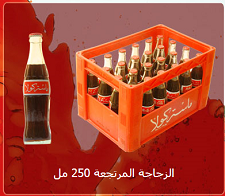 In rejecting the opposition, the EUIPO found that the evidence could not be relied upon since use in Syria and the Middle East did not demonstrate a risk of free-riding in the territory of the European Union. Further, it could not be deduced from the evidence provided that Mitico would market its products in the EU in a similar fashion to how they had been marketed further afield.

It found that for the purposes of establishing free-riding, one was not precluded from taking into consideration the actual commercial use of the mark in Syria and the Middle East. This is because Article 8(5) EUTMR entails a prospective analysis of the non-hypothetical future risk of free-riding in the EU on the basis of the elements currently available and not the determination of current free-riding in the EU. The Office had therefore erred in its reasoning since it was possible to make logical inferences and probability analyses on the likely commercial use of the mark in the EU.

The Office will now be required to carry out a full re-examination of the opposition.

Significant points to take away:

Similarity of the marks is a prerequisite for the success of Art.8(5) EUTMR in that the relevant public will need to make a connection between the marks even if this does not necessarily lead to confusion as regards the origin of the goods/services;