With the Winter Olympics upcoming on February 4, what is the level of protection for Olympic words and symbols?

With the Winter Olympics scheduled to commence on 4 February 2022, it’s a good time for a refresher in relation to the extensive rights which attach to the Olympic symbols and words associated with the Olympic movement.

The Olympic movement is heavily dependent on corporate sponsorship and is correspondingly keen that sponsors should receive value for money from their investment. Use by unlicensed parties of any of the protected words and symbols potentially diminishes the value of a licence and so the Olympic associations are quick to take action against any infringement of these rights.

If you do not have a licence and wish to use any reference to the Olympics in your advertising, we strongly recommend obtaining legal advice, as the rights conferred by the Olympic Symbol, etc (Protection) Act 1995 and the London Olympic Games and Paralympic Games Act 2006 are surprisingly broad.

It probably comes as no surprise that the symbols below are protected:

Furthermore, as would be expected, the logos/emblems associated with any past or upcoming Olympic fixture will nearly always be protected by registered trade mark rights, as well as unregistered copyright/design rights. For example, the mark below was registered as a trade mark in relation to the UK in 2015.

The specific logo associated with the 2022 games (below), was also registered in relation to the UK in 2019. 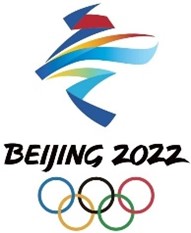 However, there tends to be less awareness that the following terms are also protected:

This lack of awareness may be due to the fact that in the UK, the level of protection attached to words and signs associated with the Olympic movement increased significantly in 1995 and again in 2006. In 1995, however, there were a number of traders who had been trading under the name OLYMPIC for years. Those traders were given the right to continue using the name, and it’s only natural for people to assume that if someone else is able to trade in a certain way, they are also free to do so.

So, it is fairly common to find unlicensed traders using protected words, particularly in promotions and social media advertising, but such promotions and advertising are very easy for the Olympic movement to spot and a request for a significant damages payment will quickly follow.

Don’t hesitate to contact us for further advice in relation to this area.