Innovations from the Roaring Twenties

As part of our 150th birthday celebrations we at Wilson Gunn will be looking back at some of the greatest and most important inventions from each decade in the last century and a half. In this piece we’ll be looking at some of the innovations that came out of a time of great change and prosperity, the roaring twenties.

The aftermath of World War 1 gave birth to a new age of affluence and consumerism in the 1920s, with people spending on everything from automobiles to radios and refrigerators, going to new “talkies” and big sports games all set to the backbeat of the swingin’ jazz movement. It’s no wonder that there is great deal to talk about when it comes to the great inventions and patents of the 1920s.

But it wasn’t just the Ford Model T making waves in 1920s innovation, there were some major advances in medical science with Frederick Grant Banting inventing the process of using insulin to treat diabetes in 1922 and Alexander Fleming’s phenomenal accidental discovery of Penicillin in 1928 arguably two of the greatest discoveries in medical history.

Television makes waves as it burst onto the scene

As well as medicine there were a number of great leaps in developing the technology that would later become the renowned household item; the television. 1923 saw Vladimir Kosma Zworykin’s cathode ray tube television and in 1927 Philo Taylor Farnsworth invented a complete electronic TV system, but the most famous development in Television from the 1920’s remains John Logie Baird’s 1925 mechanical TV the precursor to the modern television.

In 1928 children’s jaws around the world were kept busy by Walter Diemer’s invention of bubble gum, the first gum that was less sticky than previous types of chewing gum. It could be easily blown into bubbles and it was much easier to stretch. Wilson Gunn works in the food technology industry to this day, helping to patent different types of chewing gum. 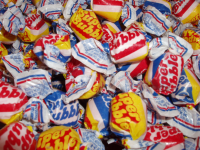 Other advances in food technology from the 1920s included the pop up toaster and the birth of frozen foods invented by none other than Birdseye.

The inventions of the 1920s are a testament to its positive attitude in the aftermath of a war and show the hard work and attitude that went in to making the twenties such a memorable decade, here’s hoping the 2020s can produce a similar level of innovation.

Which invention was the most significant?

Which of these innovative inventions do you think was the most significant? Contact us today.