An online retailer operating under the brand GEEKCORE has successfully opposed a UK trade mark application for GEEK STORE.

Wilson Gunn client AP & Co Limited (“AP & Co”) has been trading since 2014 retailing a range of merchandise under the unregistered mark GEEKCORE. 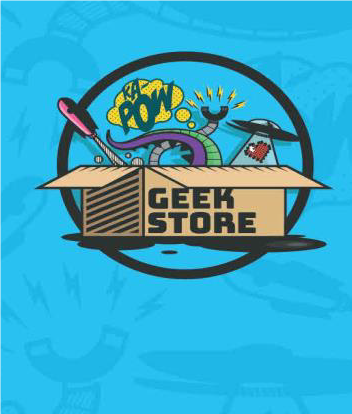 AP & Co opposed the applications on the grounds of passing off and bad faith.

The opponent’s evidence consisted of a witness statement of a Director of AP & Co. The statement included exhibits containing details of the use of the sign GEEKCORE. This included sales invoices, print outs from the internet archive Wayback Machine, social media account details (Facebook, Twitter etc), and extracts from AP & Co’s website. Critically, the statement set out the basic elements to support a case of passing off, and this was not challenged by the applicant, Yellow Bulldog.

You can see the full UKIPO decision here.

Yellow Bulldog filed an appeal from the UKIPO to the High Court. The appeal challenged the finding of goodwill, and the aural and conceptual similarity of the marks at issue. AP & Co were represented at the appeal by Chartered Trade Mark Attorney, Andrew Marsden, of Wilson Gunn.

Following a hearing in November 2020, the appeal was dismissed in its entirety.

The judge carried out a thorough analysis of the case law on passing off and emphasised that, in particular, a case of passing off in outline had been established and the claim had not been challenged by Yellow Bulldog. Furthermore, it was noted that Yellow Bulldog had not taken the opportunity to cross-examine the evidence before the UKIPO.

AP & Co continues to operate a successful business under the sign GEEKCORE and has now applied for registration of the mark GEEKCORE as a trade mark.

You can see the full High Court decision here.

AP & Co won its case by relying on an unregistered right and their ability to demonstrate their use of the mark and their trading activity under the sign GEEKCORE. It is reassuring for businesses to know that it is possible to do this.

However, AP & Co would have been in a stronger position if they had had a registered trade mark, and this is why we have since worked with them to put this in place.

Use alone can in certain circumstances be sufficient to protect your business, but it is much easier (and usually less costly in the long run) if you have a registered trade mark.

If you would like to obtain registered trade mark protection for your brand, please get in touch to speak to one of our trade mark attorneys.