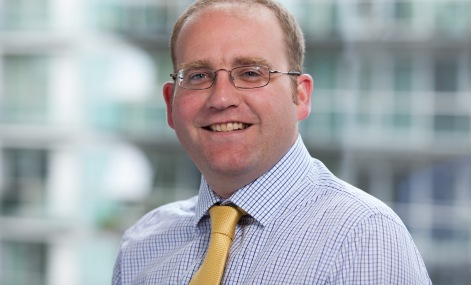 David Slattery has a first class master’s degree in physics from Manchester University. David joined Wilson Gunn in 2001, after beginning his training in private practice with another firm.  He obtained the Manchester University Postgraduate Certificate in Intellectual Property Law, and was awarded the AstraZeneca prize for best overall performance.  David went on to qualify as a Chartered and European Patent Attorney.  He became a partner of the firm in 2010.

David’s patent practice encompasses technologies including telecommunications, data networks, semiconductors, imaging and optics, low temperature physics, lasers and laser spectroscopy, and digital and analogue electronics.  David also has considerable expertise in prosecuting patents for inventions that lie at the boundaries of subject matter protectable by patents, in particular computer software, business methods and games.  He has significant experience of direct advocacy at hearings before the UK Intellectual Property Office and European Patent Office and of litigation in the UK High Court.

David is a tutor for the Robert Schuman University of Strasbourg training course for European Patent Attorneys.

David also advises on a range of trade mark and design matters.  He is qualified as a UK Chartered Trade Mark Attorney and European Trade Mark and Design Attorney.

The Legal 500 has praised David as "an IT patent expert" and “a very solid individual with good analytical skills" , as well as a "stellar operator".