‘THE ROYAL BUTLER’ trade mark opposed by The Queen

Meghan Markle and Prince Harry recently attracted attention when applying to register ‘SUSSEX ROYAL’ as a UK trade mark, before withdrawing the application which had been opposed by several third parties.

Now, a similar case has risen to prominence, this time relating to a UK trade mark application to register a logo trade mark featuring the wording ‘THE ROYAL BUTLER’ for services relating to education, entertainment and training in Class 41. 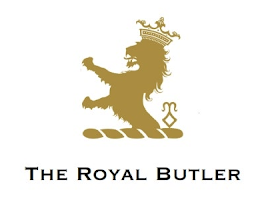 The Applicant, Mr Grant Harrold was formerly employed as a butler in the household of HRH Prince of Wales for seven years. Prior to filing of the application in 2018, Mr Harold had also run a butler training school where he had used the name ‘The Royal Butler’.

The above mentioned trade mark application encountered an objection by The Lord Chamberlain, on behalf of Her Majesty the Queen, on the basis of sections 3(5) and 4(1) of the Trade Marks Act 1994, which prevent the registration of trade marks for Royal arms, Royal flags, Royal crowns and representations of the Royal family, as well as any trade mark that is likely to lead persons to think that the applicant either has or recently has had Royal patronage or authorisation, unless consent has been given by or on behalf of Her Majesty.

Generally, oppositions against trade mark applications are filed by owners of similar earlier trade marks on the basis of the owner’s earlier rights. However, in addition to an opposition, the Lord Chamberlain also filed separate third-party observations. These are written submissions to the Examiner, with the aim of persuading the Examiner to revise the acceptance of the application. Third-party observations can only be filed in limited circumstances and are a less common route for objecting to the registration of an application as the person raising the objection does not become party to future proceedings.  Further, the UK Office is not bound to act on arguments raised.

The Lord Chamberlain’s submission stated that the trade mark may lead the average consumer to believe that the Applicant has Royal patronage or consent.

Initially, this objection was overcome in 2019 on the basis that ‘The Royal Butler’ would be perceived by the general public as a fictional character and therefore no association would be made to the Royal Family.

The Lord Chamberlain reverted from the third-party observations to the opposition.  In the opposition, it was found that, in light of the public’s awareness of Royal butlers, it was likely that a trade mark featuring the words ‘The Royal Butler’ would be assumed to be someone who holds, or previously held, the official title in the Royal household, in relation to training or instruction pertaining to the services of a butler and/or etiquette.  As such, the mark would indicate that the user has, or recently had, Royal patronage. Consequently, the trade mark application was refused in its entirety.

This case emphasises that UK trade mark law prevents registration of any trade mark which may falsely lead consumers to believe that the Applicant has Royal patronage or consent.