James explained the differences between patents, trademarks, designs and copyright; and how a company can protect their intellectual property to give them commercial advantage. Talking through a Bentley Motors case study, James and Howard discussed how they worked together in order to protect the technology behind Bentley’s perforated leather seats.

When Bentley first adopted perforated leather they faced several hurdles and were unhappy with the appearance of the finished product. In order to overcome the problems they created a new stitching method which made the design much neater and more attractive.

James explained how this development has been protected with both patents and design registrations.

James also talked through further examples of how Bentley has used design and trade mark protection to protect both its products and brand.

Howard brought the presentation to a close with details of the Patent Box Scheme.  From April 2013, a company can reduce its Corporation Tax bill by having a patent. In essence, Howard disclosed that by patenting products and processes, Bentley Motors were expecting to save a significant amount of money. In answer to a question from the audience as to how much Bentley spends on IP, Howard explained that the amount would be far outweighed by the projected savings through the Patent Box scheme.

The presentation was well attended, reflecting the importance of IP to the engineering sector. 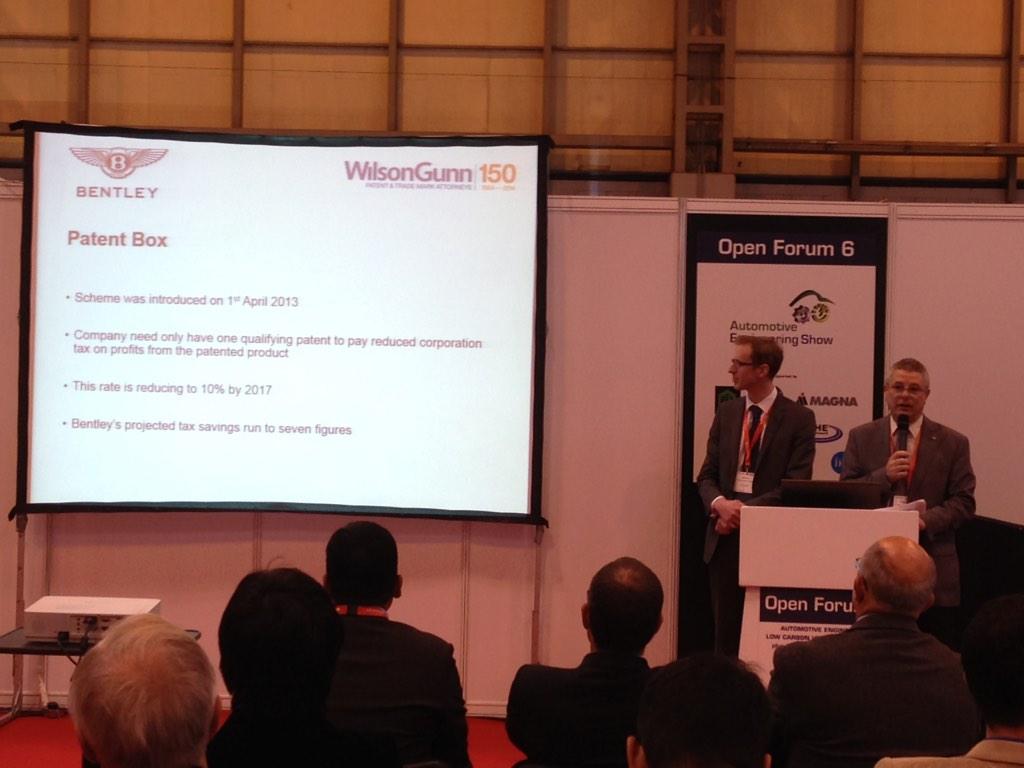